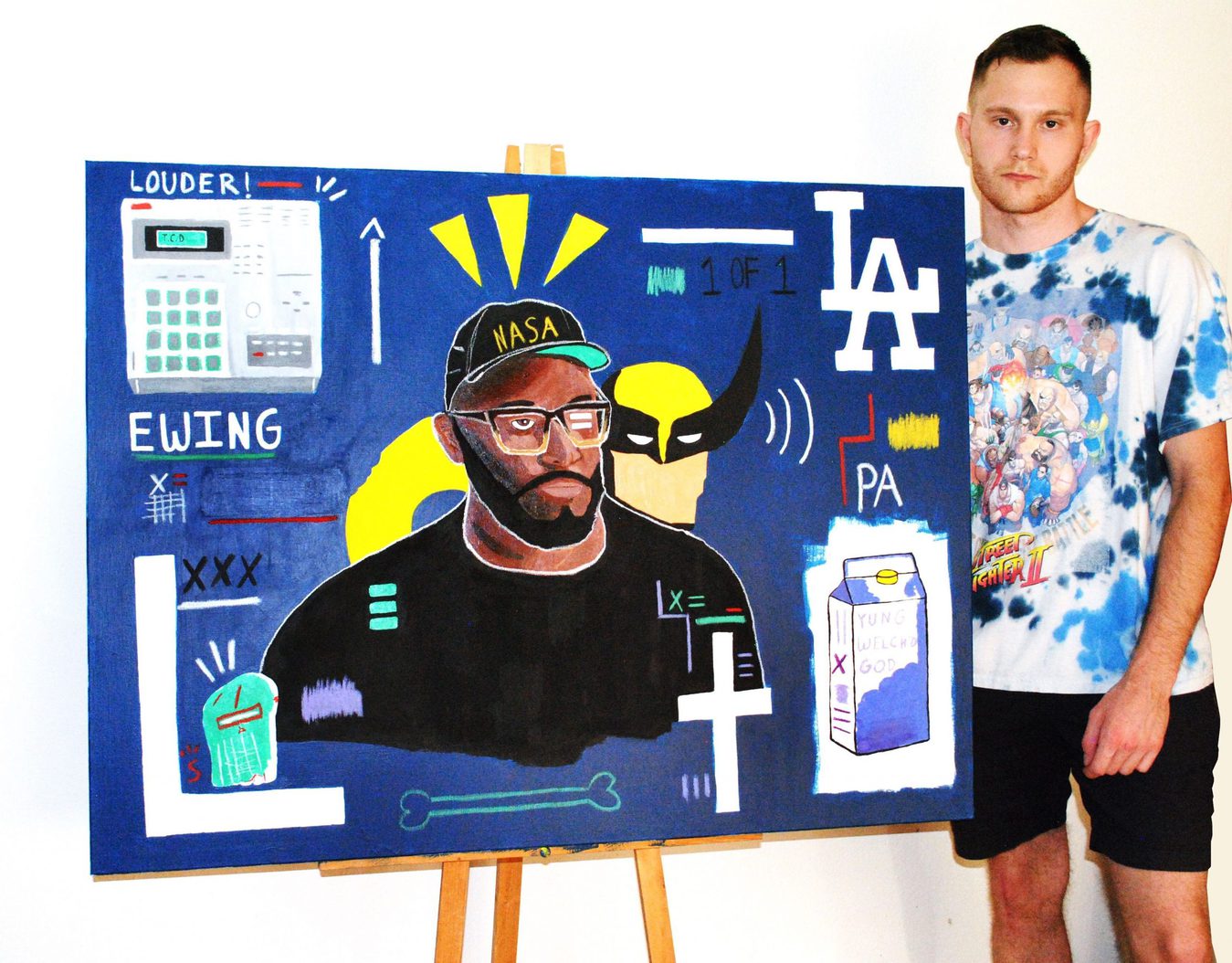 Painter, rapper, designer, athlete. Of the many strings to Steven Mollett’s bow, one thing is obvious: there is no point trying to shoehorn him into one box.

His whole life, Mollett has been trying to condense those diverse interests into a single artistic identity.

The only way to sum it up? Stounson.

We spoke to Steven about what it means to be a professional artist, giving back to the community, and how his Zyro website finally brought it all together.

I’ve always done art, and in one form or another, being an artist is the only thing that I have ever wanted.

I’m also a musician, and my relationship with music and art has always gone back and forth, and sometimes those things even combined together.

Making my own music has been happening for years, but when I was around eighteen, I was also doing the cover art for my work, which led me to artistic collaborations with other rappers

Those styles and the things that I was doing for my music led me into a place where I was doing a lot of collage work and digital art – the kind of stuff that I would post on my social media.

But, after a while of doing work like that, I started to feel constrained. Honestly, it wasn’t really satisfying to me anymore.

Then, I started painting

The thing in my work that is most prominent is depicting people.

Right now, I have this thing with NBA players and athletes, and I don’t really know why that is. I played basketball a lot as a kid, and I used to have this identity crisis – am I an artist, or am I an athlete?

I think, for the most part, I like depicting pop culture figures or people that I admire. In a way, no matter what I’m working on, you can see these central inspirations.

Although it has only been the last two years that I have arrived at this style, it has really taken off and become its own thing. It’s also the first time that I ever had any sort of stylized or direct vision of what I am about artistically.

When I came to the realization that I was creating art in a particular way, it was clear that I needed a new place to bring it all together.

I needed a space where I could curate my work in a way that I could actually control.

Social media is too fragmented

Until recently, everything that I was doing came through social media or direct commissions.

Either way, it was a case of people getting in touch directly and asking if they could buy this piece or that piece.

I needed something a little bit more cohesive.

One of the problems on social media is that each platform has its own benefits – and that’s why most people have multiple different social media accounts. But it also has its own constraints.

With social media, you can’t ever really get your whole persona across on one platform.

Sometimes, your audience is only there for one aspect of your life, and you can become anchored to one image that you feel like you have to present at all times.

I wanted to have a place where I could really be myself and present all of the worlds that I exist in.

I think the best thing about making art is giving it out to people.

Where I’m from in Yakima, in Central Washington, I feel very much like an outsider in the art world.

I’m only a few hours away from Seattle, but in terms of how artsy and how vibrant the scene is there, you could be a million miles away when you’re here.

My website is a way for me to get what I have out there. I love that I can use it as a place to bring art to people.

Personally, I don’t have access to a gallery that I can go to and look at regularly, which is the same for many people.

Everything is so digital right now, and my website can be a gallery. I want it to be all-inclusive and to be a space that gives people access to what I am doing.

When I first started painting, it was a very cathartic thing, and I didn’t really want to think about what I was creating at all. I just wanted to get it onto the canvas.

But turning catharsis into business is a different story.

I love being able to display my work for people, but I also needed to have a place where people could purchase it if they want to.

I needed something that was going to be easy to not just create, but maintain too.

One of the reasons I love painting is that I like to disconnect from technology and be part of something more simplified.

Obviously, that makes having an online store pretty difficult.

When I was looking at all the routes that I could take, I had to start thinking about all the options I would need on a website.

Okay, so I’m going to need an eCommerce site, but how am I even going to be able to sell all these different pieces?

I checked a lot of different places, and it was starting to look like making a website was going to be too big of an undertaking for what I want to do.

Zyro had all the bases covered

I’ve tried to do websites before, but it has always fizzled out. At some point, I always got to the stage where I just thought: this isn’t something I want to keep doing.

But now, it’s different. This time it actually makes sense.

Straight away for me, it was about the affordability, the functionality, and the templates on offer. Everything that I wanted was there.

The fact that you could just drag and click and it still looked good was really appealing to me. It seemed so consumer-friendly from the first moment.

And although I don’t really like being hooked up to all the technology, I love looking at numbers.

Looking at all my analytics and seeing how many products have been viewed each day is really interesting, and on the website, it is easy and clear to understand.

In the end, I picked my website because of the templates.

As soon as I saw the preview website, I could tell that it was in line with my vision in terms of what I already had in my mind.

I’ve had so much positive feedback from friends and clients about the design of the website itself, and I’m excited to see where I can go with it.

Making the website, I have a similar attitude to making art: if I try to read too much into a painting, then it feels a little bit pretentious.

I just want to be able to have fun with it and to enjoy it as much as I can.

Damien is a self-professed, semi-obsessed, word-freak that wants nothing more than to tell small-business stories in a big way. Always scouring the market to find the right tools for the job, he is focused on finding creative ways to bring them to the people. When not writing, Damien is known to be a massive music bore, amateur-radio enthusiast, and woodland wanderer. 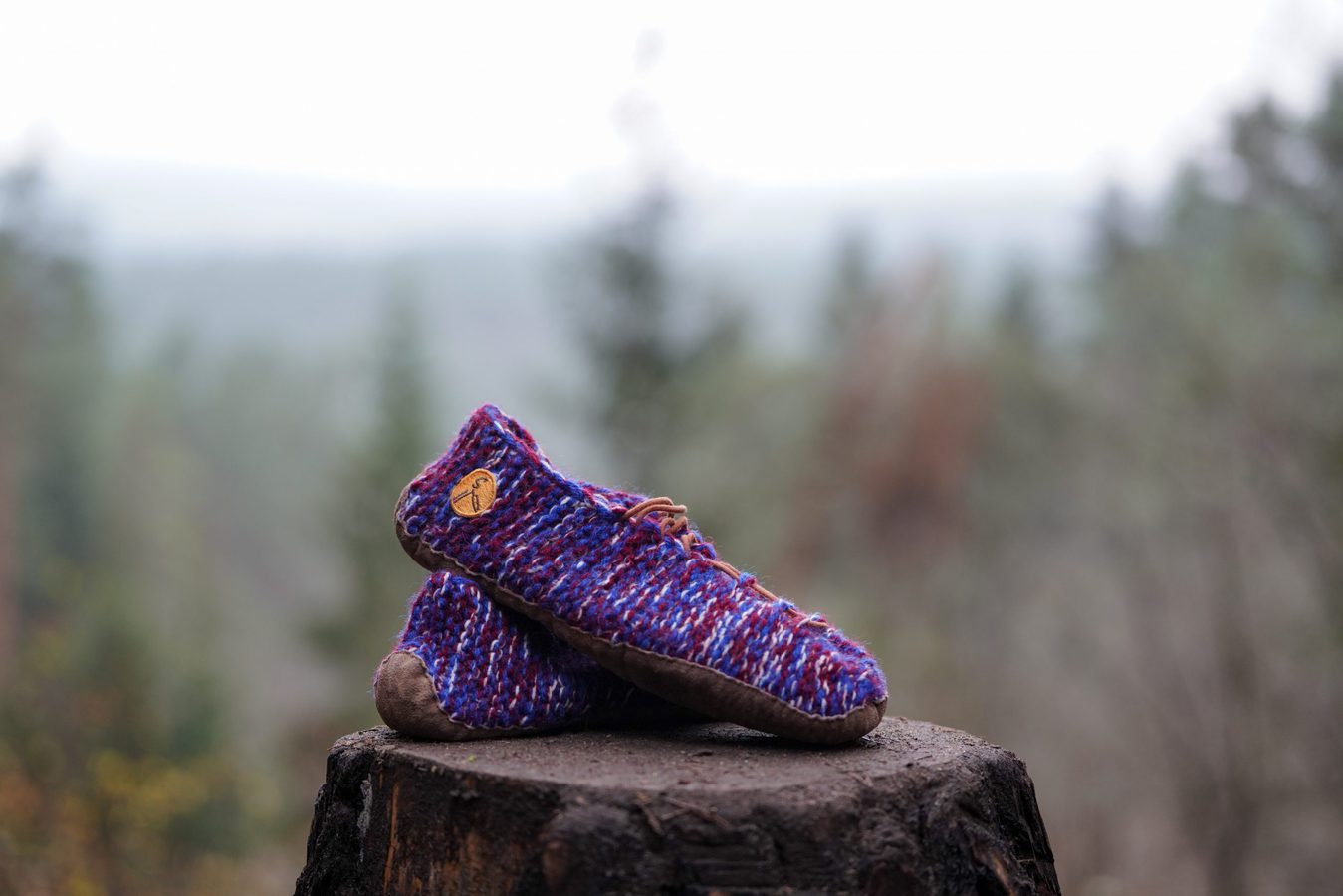 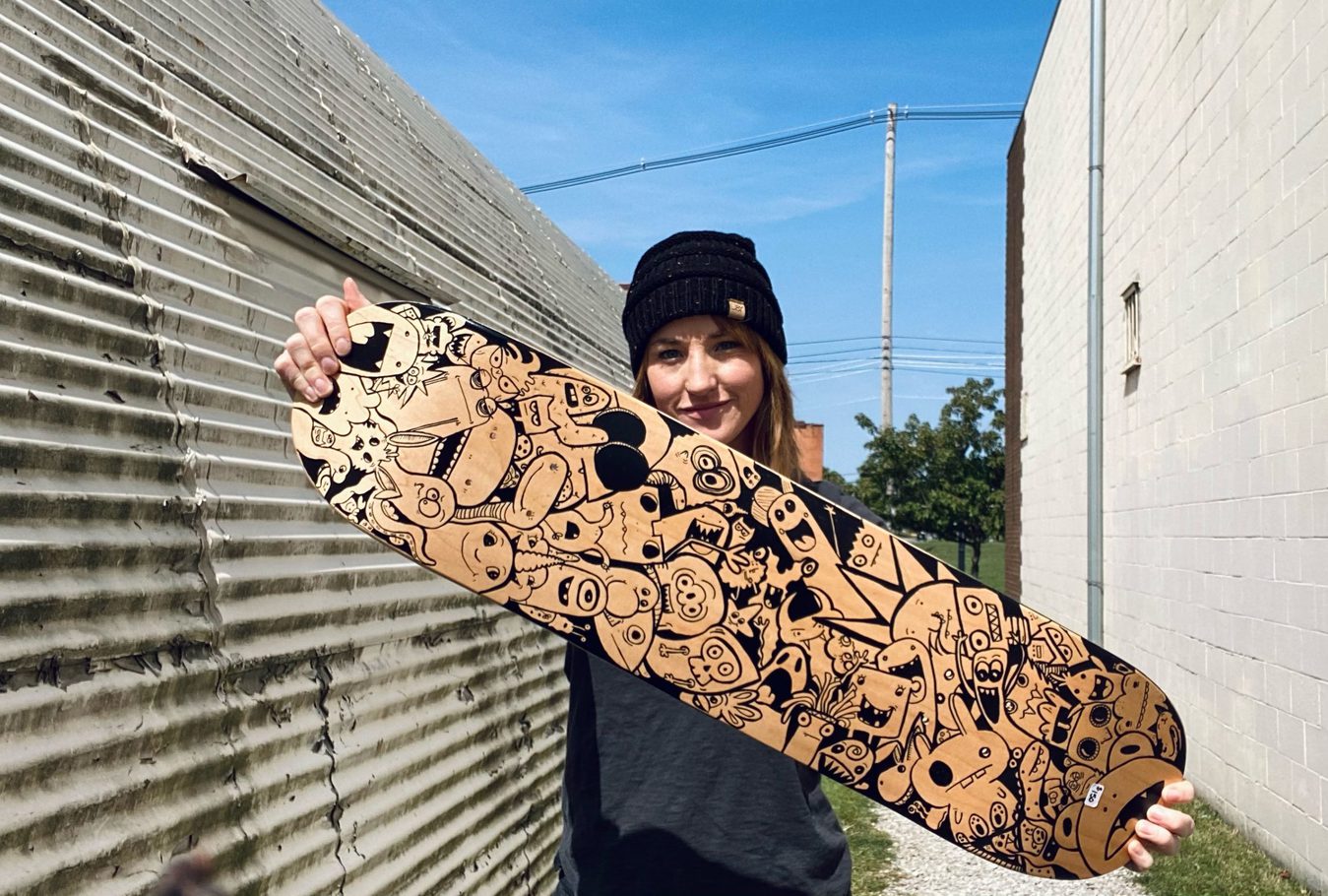 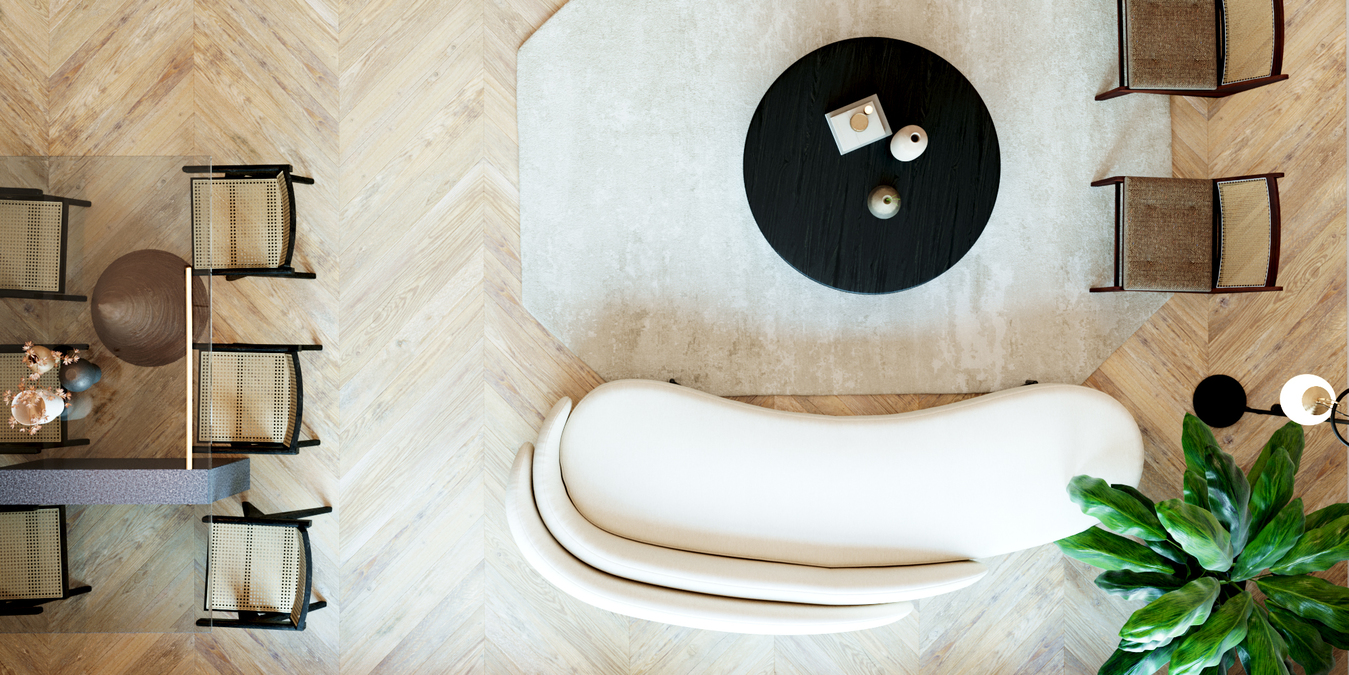 Moving On Up: Going Freelance with Gud.Renders